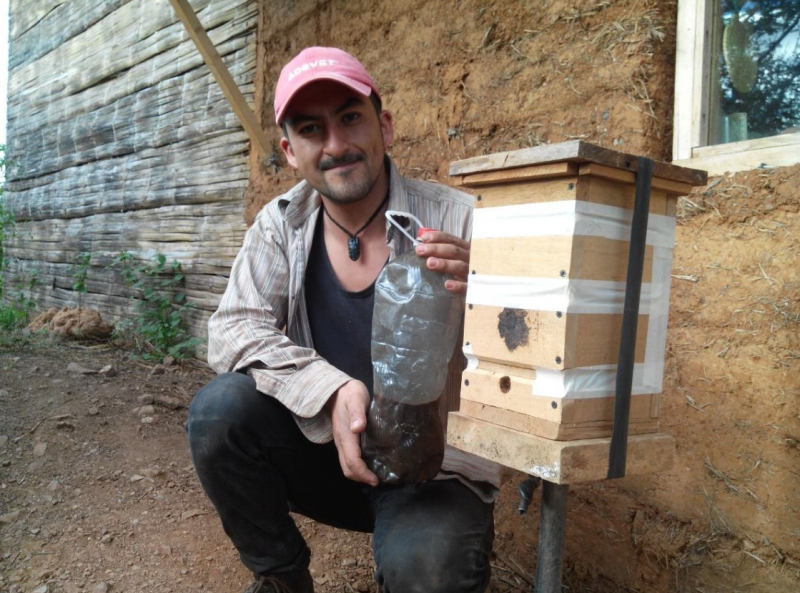 Bait for Melipona bees was documented on during one of our trips, looking for low-techs in South America from June to September 2017 in Ecuador, Peru and Bolivia.

Don't be mistaken, the aim of this low-tech is not to kill bees but to attract them so they can create a colony and in the end...honey!

Pablo, an Ecuadorian beekeeper uses this technique. He thinks this system is adaptable to all bee species but it has only been tested on the Melipona species for the moment. They are small bees that don't sting, they can be found in Mexico, Central America and South America. Pablo works in the Finca Fina farm near Malacatos in the South of Ecuador and looks after the animals as well as bees, but his speciality is bees!

These bees are micro-pollinators, they allow plants to reproduce and develop up to several kilometres away. They are largely declining all around the world due to the use of pesticides, mainly neonicotinoids Therefore, developing this technique to create new hives has 2 effects: supporting economic development by producing more honey and helping the bee population increase in surrounding areas.

In order to make this bait, you need to have a beehive belonging to the target species. In effect, you will need to use propolis. It's a mixture of wax and plant resin that bees collect in nature, it is a browny-green colour and can be found in the beehive.

To make a big amount of mixture

• Pour 20ml of the mixture from the first bottle into the second bottle. 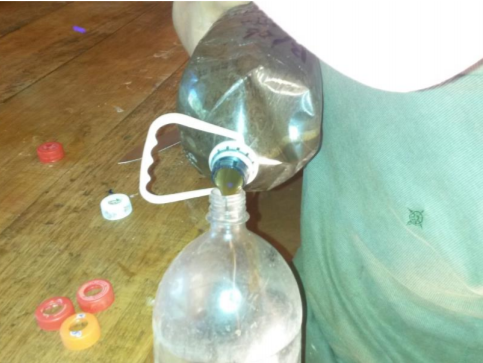 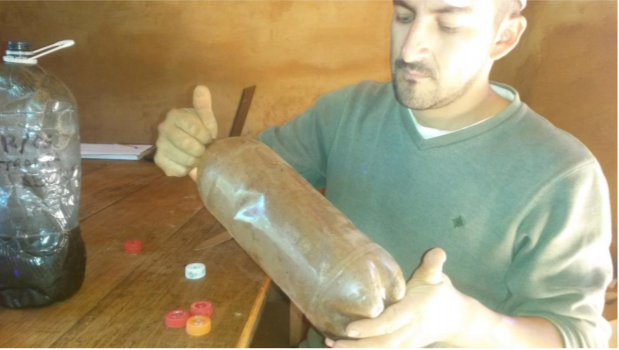 • Cut the second bottle, that's coated with the mixture inside, in the middle along its width. 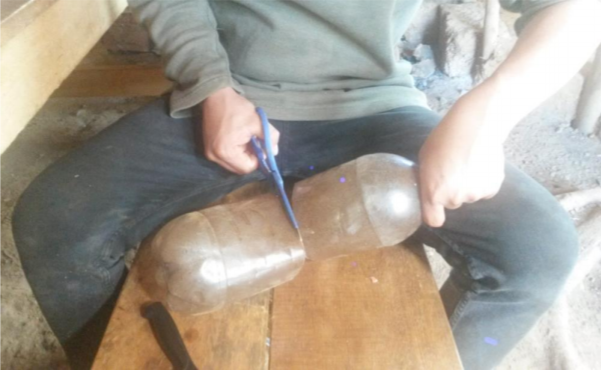 • Hang up the wrapped up bottle, opened vertically under a tree (the neck of the bottle downwards) or horizontally under a roof ( sheltered from the rain).

• You can use several of these baits to increase the chances of a colony forming.

If a colony starts forming

After waiting a month:

Be careful of bee stings if you aren't with Melipona bees. 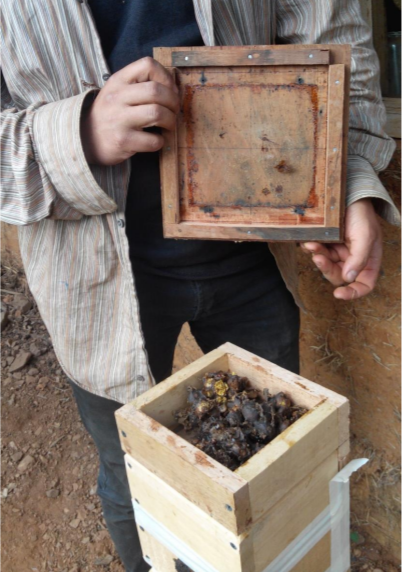