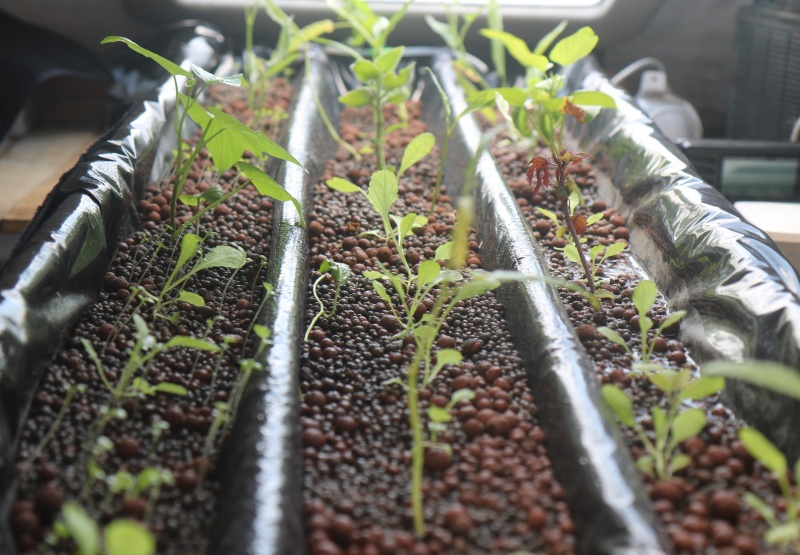 Not all crops are suitable for hydroponics. It is easier, especially without chemical fertilizers, to prefer leafy vegetables (lettuce, cabbage, spinach, sweet potatoes...) and herbs (mint, basil, coriander).

"Plant" them in the clay balls, making sure that the roots are well immersed.